I really wanted to like Rollerball, I really did. The movie started off great, with some tense rollerball action, but suddenly, it’s get bogged down in a plot involving executives, early retirements and mysteries that aren’t really mysteries. Oh and a strange liquid computer and a dude who goes crazy on it. On the other hand, Arrow Video has released Rollerball in a splendid Region B package, with tons of special features and some great sounding/looking audio and video. The movie has been around for 40 years and obviously has its fans, so the Blu-ray is pretty much a no brainer for those people and anyone else that enjoys amazing Blu-ray discs. With that said, lets roll on with this review and see what it’s all about.

In a corporate-controlled future, the world’s nations have been disbanded and conflict is a thing of the past. But blood continues to be shed on the tracks of Rollerball – a brutal contact sport which pits players in a battle of life and death.

James Caan (The Godfather, Thief, Misery) plays Jonathan E., celebrated captain of the Houston Rollerball team whose prowess on the track has earned him renown across the globe. But this fame has also attracted the ire of the games’ corporate sponsors, who wish to suppress any displays of individual achievement – fearing this could encourage the populace to revolt. With the powers-that-be pushing for his retirement, Jonathan is faced with a choice – concede to the Corporation’s will or take a stand, by continuing to compete in the increasingly deadly games.

Shot in Munich to make use of the city’s futuristic Olympic architecture, Rollerball is a classic slice of dystopian filmmaking, mixing high-octane action sequences with gripping (and thoroughly prescient) social commentary. The future is now – the future is Rollerball!

Rollerball has some truly amazing acting from James Caan, who gets right into the role. He really is a brilliant actor. The movie also has some awesome scenes whenever the actual sport of rollerball is on screen. Sadly, that is few and far between, but boy, when it does show up, it’s tense and exciting. Everything else however in the movie is kind of strange and rather dull. Our main character, Jonathan (James Caan) is being forced into early retirement and he really doesn’t know why, so he starts to investigate. Come the end, we don’t really entirely understand why either (although the plot summary above does help things). This whole plot thread is slow and plods along until the next big exciting rollerball game. Honestly, if you cut out everything except the rollerball stuff, I would be perfectly happy. *Sidenote* What was up with that tree exploding scene?


For all you Region B Blu-ray watchers out there, Arrow Video has a wonderful package to give to you. It’s jammed full of special features, although most are carried over from either the older DVD release or the US Blu-ray release. Still, having everything in one neat little package is a very nice bonus. There is one rather nice new feature, which is an interview with James Caan (very weird to go from the movie to this feature and see how much different he looks.) All the features run a good length and are very informative. If you’re a fan, you’ll be in heaven for several hours watching this stuff and listening to the two included commentaries, one with director Norman Jewison and another with writer William Harrison. Rounding out the disc is a collector’s booklet, two audio options (uncompressed stereo 2.0 and DTS-HD Master Audio 5.1) and finally a splendid looking video, which keeps the nice grain in tact, so no heavy DNR going on here. Whew! 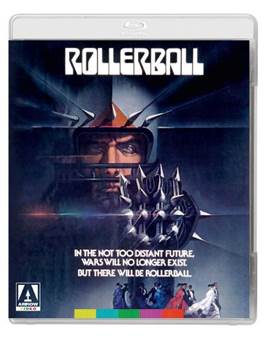 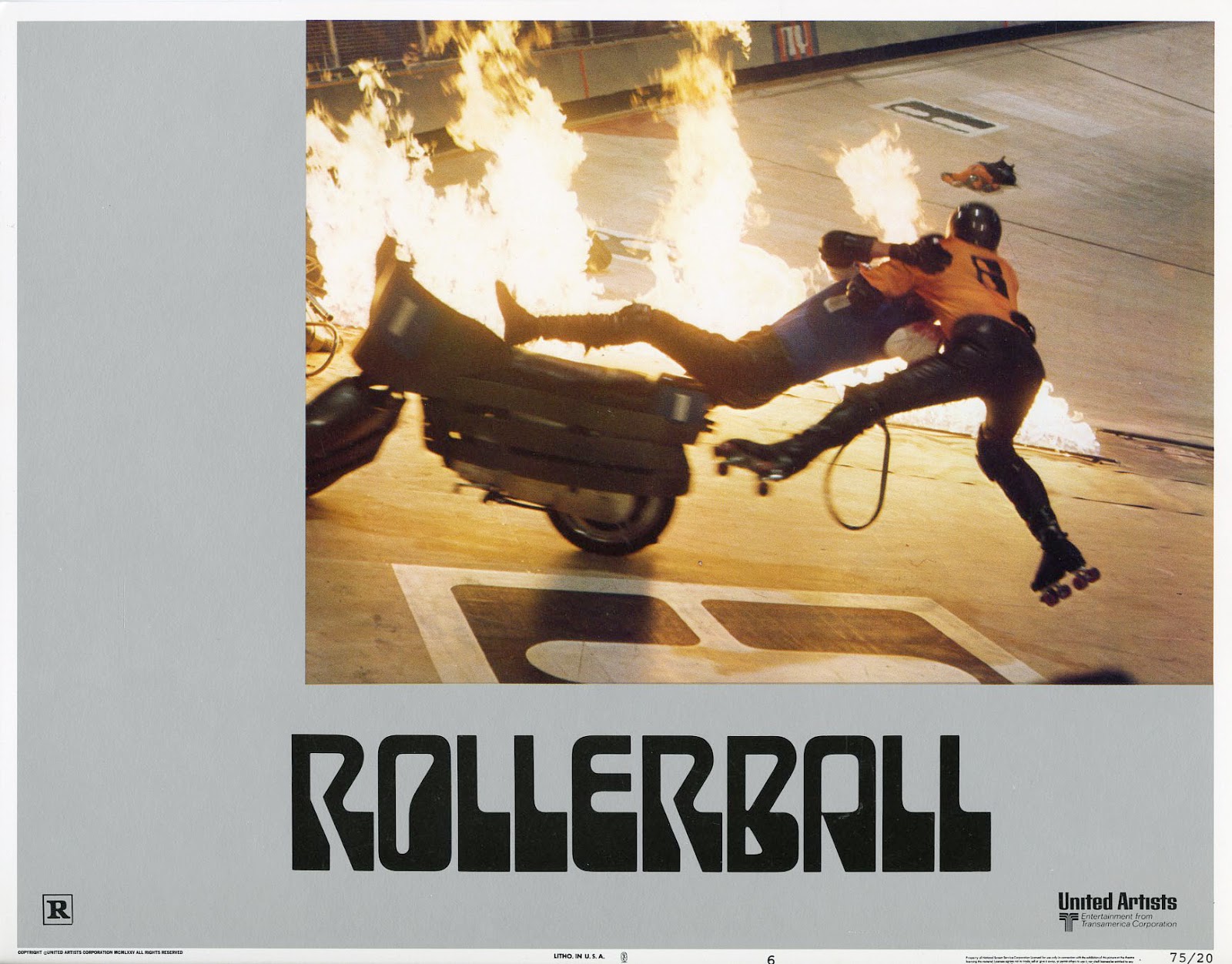 Rollerball is in no way a terrible movie and I can see why it’s still considered a classic to this day. The actually rollerball scenes are terrific, but to me, everything else is borderline boring. That’s just my personal opinion anyway and because Arrow Video is serving up a terrific Blu-ray, I still highly recommend it for any fan of the movie.

The Exorcist III – Review (Scream Factory Blu-ray)
wpDiscuz
0
0
Would love your thoughts, please comment.x
()
x
| Reply
We use cookies to ensure that we give you the best experience on our website. If you continue to use this site we will assume that you are happy with it.Ok