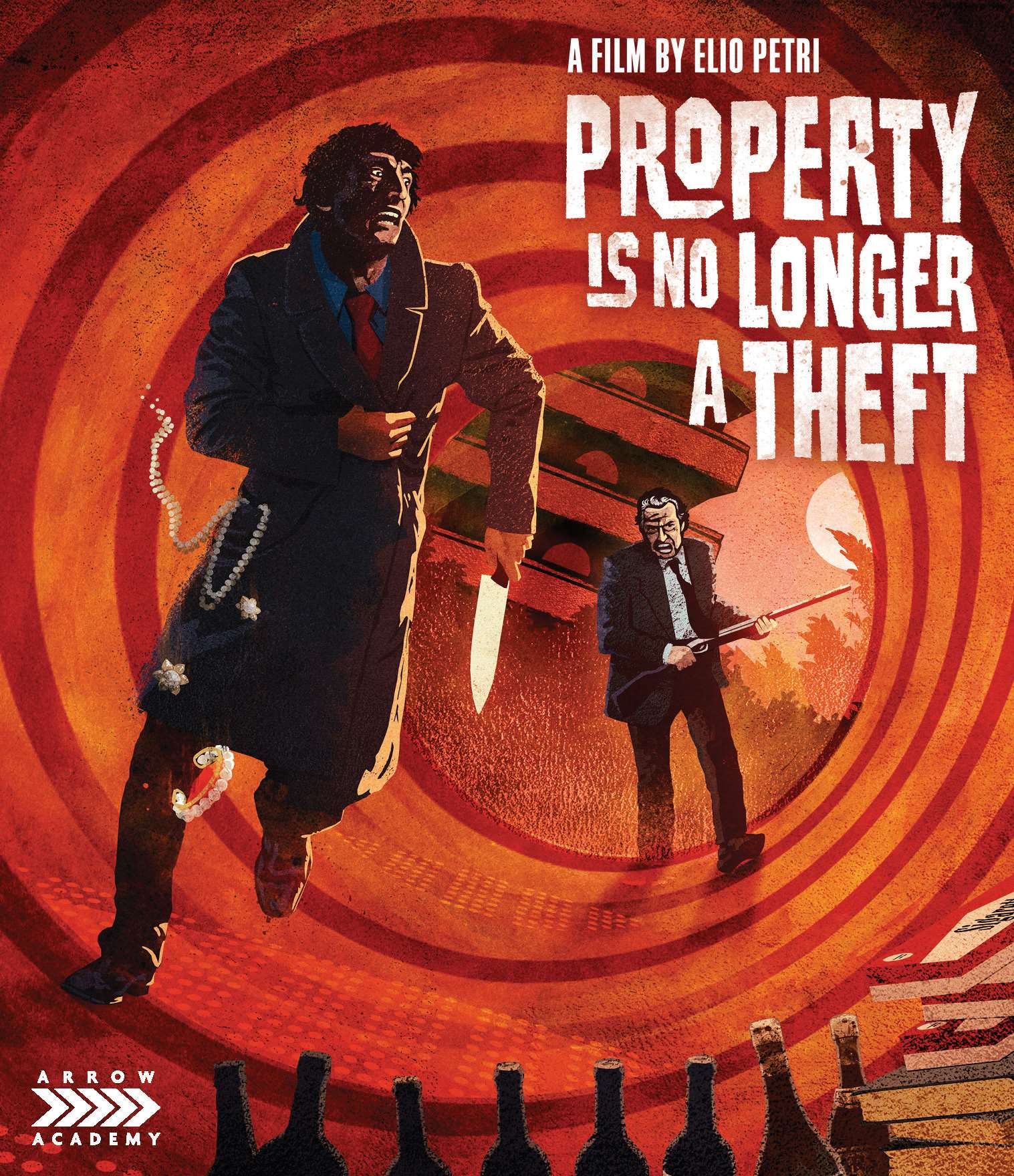 Property is No Longer a Theft – Review (Arrow Academy Blu-ray)

Property is No Longer a Theft (La proprietà non è più un furto) is not exactly the kind of film I find myself commonly reviewing, but when the chance came up to review the Arrow Academy Blu-ray release, I figured why not give it a shot.

Well, I’m glad I did, as Property is an interesting, dark comedy that asks the viewer to question what they believe property and theft are all about. Should we look down upon thieves or should we thank them for providing many jobs to security companies, locksmiths and Bank personnel? Obviously, no we shouldn’t be thanking them as they are thieves, but when it comes to comparing them to thieves the steal legally, they aren’t so bad. 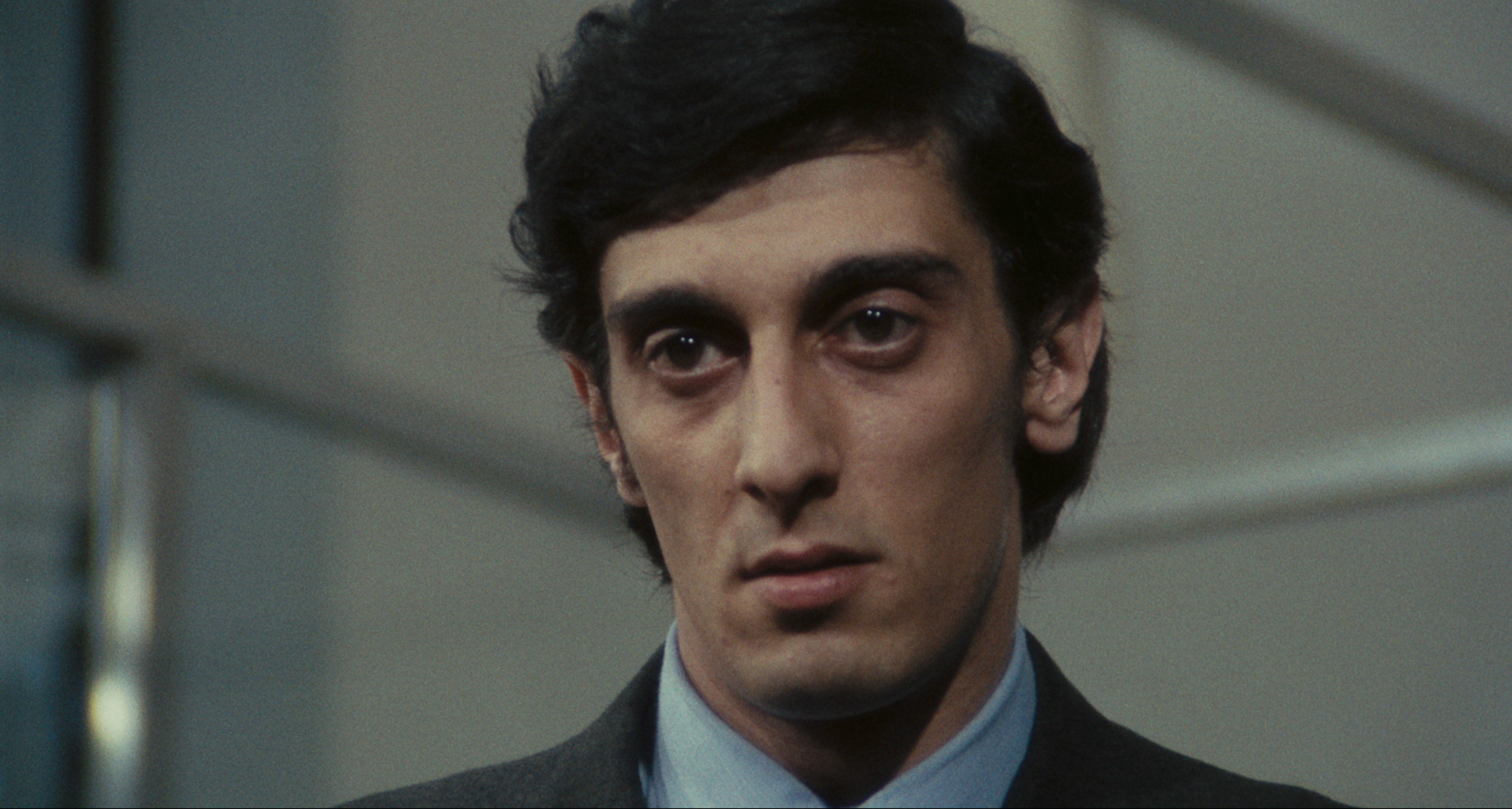 Property is No Longer a Theft is about a bank accountant, Total, who is tired of having no money, yet spends all his time counting the money of others. He starts to loathe a certain individual known only as The Butcher (played by Ugo Tognazzi), who seems to be rolling in the dough. Total decides he is going to torture The Butcher, by stealing everything away from him. First, he starts off small, but eventually builds up to where it becomes such a problem; corrupt police start getting involved.

Property might not sound like a comedy, but seeing Total slowly drive The Butcher crazy is where a lot of the funny bits come from. Nevertheless, the film isn’t all laughs, as there are many serious moments, as we see Total slowly spiral into a deep, consuming obsession in driving The Butcher mad. The Butcher deserves it, though, as he is a bigger thief than everyone else seen in the movie.

As we watch the film, we get to see the different concepts of what property is. Take for example the mistress, Anita, played by Daria Nicolodi. She speaks to the audience about how she is just a piece of property, a tool, that is used to satisfy The Butcher and nothing more. Even the “good guy” Total finds himself treating Anita like property. It’s a harsh way to treat someone.

Honestly, there is probably a lot more to the movie than what my horror soaked brain was able to lap up, but even with some of it going over my head, I still got some enjoyment out it. Especially watching both Total and The Butcher slowly turn crazy, and Daria Nicolodi is definitely a sight for sore eyes, especially nude. Clocking in at 126 minutes, I hardly checked my watch, which is a testament to how good the movie was. 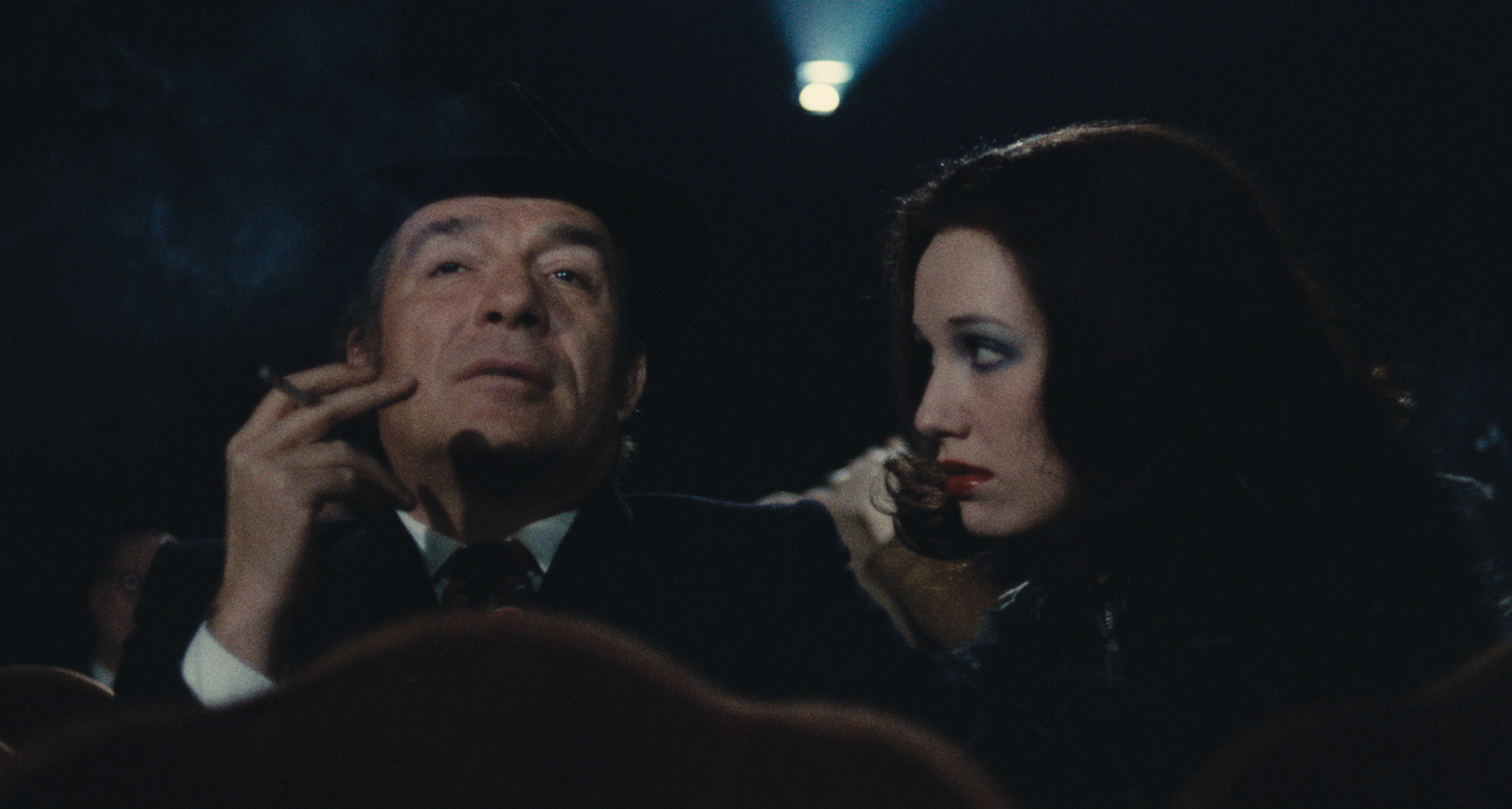 As for the Arrow Academy Blu-ray, the biggest highlight comes from the new 4K restoration from the original negative. The film looks rather lovely, with a nice even amount of grain and only a bit of dirt/debris present in certain scenes. The same goes for the LPCM 1.0 Italian audio option, with only a bit of out of sync dialogue that was most likely present in the original theatrical release, as I believe the voices are dubbed and Italian films are pretty notorious when it comes to dubbing.

As for the special features, we have a roughly 20-minute sit down with actor Flavio Bucci, who reminisces about filming and working with Claudio Mancini. Also included is an over 20-minute interview with Claudio Mancini and another interview with make-up artist Pierantonio Mecacci. Strangely enough, no commentaries. If you are part of the first pressing purchasers, you also get an excellent illustrated booklet, a common staple in Arrow releases and that never fail to impress.

As I’ve already mentioned, Property is No Longer a Theft is not a movie I would usually seek out and watch, but that’s the nice thing about working on this site. It gives me the opportunity to watch movies I would otherwise miss, and I want to thank Arrow for that chance. If the film sounds like something you might want to check out, give the Blu-ray a shot, and you won’t regret it.

A young bank clerk (Flavio Bucci, the blind pianist in Dario Argento’s Suspiria), denied a loan by his employer, decides to exact his revenge the local butcher (Ugo Tognazzi, La Grande bouffe) who is not only a nasty, violent, greedy piece of work but also one of the bank’s star customers. Quitting his job, the clerk devotes all of his time tormenting the butcher, stealing his possessions one-by-one, including his mistress (Daria Nicolodi, Deep Red).

Dangerous Men – Blu-ray Review
wpDiscuz
0
0
Would love your thoughts, please comment.x
()
x
| Reply
We use cookies to ensure that we give you the best experience on our website. If you continue to use this site we will assume that you are happy with it.Ok