There are times where I watch a movie that is terrible. I sit in front of my computer questioning what the hell I’m going to say about it. The Ganzfeld Haunting is one such movie that is pretty terrible. The story is a mishmash of crappy music and hot chicks stripping down to their skivvies (the only good thing about this movie). “Top Billed” actors look to be placed into the movie to draw some viewers, however, Billy Zane doesn’t know what movie he is actually in and Dominic Purcell seems to have walked onto the set from shooting a porn movie. 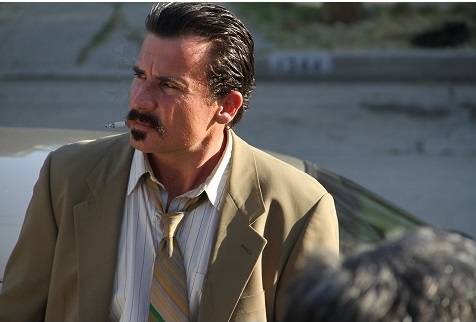 Did you think the movie was actually going to be about a haunting? Yeah, not in the least bit. There may be a ghost involved in the shitty shenanigans, but really I think it was probably just the copious amounts of cocaine snorted that made everything happen. Must have been really bad cocaine, cause everything that happened was shit. Boring shit.

The plot summary: A group of psych students uncover grisly evidence of a 20-year-old murder spree while conducting an ambitious experiment on ESP and fight to avoid becoming the next victims, while slowly succumbing to insanity.

The Ganzfeld Haunting is neither scary nor good. It’s a boring waste of time, with a disjointed story that flashes scenes in your face and lots of camera angles showing off booty. Honestly, that’s probably the only good thing about this movie. Lots and lots of booty shots.

VVS Films has released The Ganzfeld Haunting on DVD with no special features. If you are one of the two people that like this movie, go ahead and pick it up. There is nothing wrong with the DVD. The movie on the other hand… 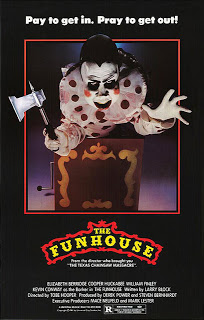 The Funhouse Movie Review
wpDiscuz
0
0
Would love your thoughts, please comment.x
()
x
| Reply
We use cookies to ensure that we give you the best experience on our website. If you continue to use this site we will assume that you are happy with it.Ok