Creepshow 2 is a perfect example of why I love the 80s horror genre. It’s not for the acting, which is awful and it’s not for the writing, which is laughable; it’s for the feeling you get, when popping in a “classic” movie, that is just fun. It doesn’t try to be anything else, it just offers you a good time on a bloody platter and you sit back, relax and watch the cheese turn blue. If the idea of having a good time seems like something you want to do, read on to see why I think you should pop in Creepshow 2 and give it a watch…

Short nitty-gritty plot description from IMDb is as follows: Three more bone-chilling tales that include a vengeful wooden Native American, a monstrous blob in a lake, and a hitchhiker who wants revenge and will not die.

I’m not going to dive into the intricacies of Creepshow 2. I mean, what can be said for an old 80s horror anthology sequel, that hasn’t already been mentioned before on this thing we call the Internets. If by chance you’ve never heard of the Creepshow series, you definitely should check out the first two (ignore the third abomination), if you want to experience some classic tales of the macabre. That’s what Creepshow is all about, random tales of terror, nightmares, horror and a little bit of dark comedy. Based on stories by Stephen King and brought to us by George A. Romero, Creepshow 2, might not live up to the greatness of the first, but it does spin a nice yarn with three separate stories. Each story is broken up with an animated skit, narrated by The Creep, about a kid who is in love with the Creepshow comics and is being terrorized by some neighbourhood kids. The animated part is just filler and not that great. I do love the live action scenes of The Creep, played by Tom Savini. I wish the whole thing would’ve been live action, instead of animation, but really, you’re not here for that, you’re here for the stories. So, let’s do a quick run down of each one:

First up is “Old Chief Wood’nhead”, a story about a wooden Indian statue that comes to life to avenge some wrong doings. This section is the lesser of the three stories. It stars George Kennedy as Ray Spruce, the owner of a general store in a desolate desert town. Business certainly isn’t booming and times are tough, made even tougher when the local Indian Chief stops by to pay off some debt he owes and the nephew of the Chief, Sam Whitemoon, a long haired ass hat, who thinks he is going to be a star if he can find the money to move to Hollywood, sees the Chief give Ray this bag full of expensive gifts. Sam will do anything to get his hands on that loot, so one terrible thing leads to another and before you know it, you got an Apache Chief chopping things up. I found that this story dragged a little and the action comes late. Also, it’s the tamest and least bloody of all the stories in the movie. I definitely rate this one last in the stories, but it’s still has some fun that can found in it. Plus, you really got to check out this nephew, who really does think he’s God’s gift to women.

Next up is “The Raft”. Things are starting to get a little more graphic and, well I wouldn’t say scary, more creepy (get it? Creepy, Creep. Har har). Anywho, this one is about a group of stoners, who are driving up to a lake at the end of summer to smoke some pot and have some sexy sex time. The lake still has the raft on it, so they all swim out and board it. Little do they know, there is a giant oil-like creature roaming the water, looking for fresh meat and what better meat then a bunch of attractive (you see those yellow swim trunks?), terrible actors. There really isn’t much to this story, but it does feature some great gore and even a dash of nudity at a completely inappropriate time. Also, the ending is something you’ll remember forever. This one definitely ranks second best out of three, with the awful, awful acting bringing the score slightly down (only slightly though, cause the acting is so awful, it’s awesome).

Finally, we come to the last story, “The Hitchhiker”. They definitely saved the best for last. It’s about a woman, who after cheating on her husband, needs to race home before her husband does. After accidentally dropping her cigarette in the car, she spontaneously spins out of control, forgetting that there is such a thing as a brake on a car, side swipes a hitchhiker and races off before anyone sees her. She contemplates turning herself in, but convinces herself that maybe the hitchhiker isn’t dead, maybe he survived, even though his body was mangled and covered with blood. Before you know it, she sees the same hitchhiker on the side of the road, still bloody. What follows is a terrifying joyride, that ends with a great surprise. “The Hitchhiker” features some great special effects and an even better catchphrase that will stick with you for a long time. If you get one thing out of this story, it will be the haunting (yet funny) saying of the hitchhiker, “Thanks for the ride, lady”.

I love Creepshow 2, but you gotta understand it’s not a good as the first Creepshow, not in a long shot. You’re only getting three stories compared to Creepshow‘s five and you can easily find faults in each one and they don’t come off as being as memorable as the original five tales of terror. It really is a shame this series of films didn’t take off. Although, if you’re the mood for something similar, check out the fantastic Tales from the Crypt series, it’s a real killer. As for Creepshow 2, it’s full of bad, yet awesome acting, great gore, a dash of nudity and fun twists, which like I said before, is the perfect example of an 80s horror film and one that you should already be popping in your DVD player. 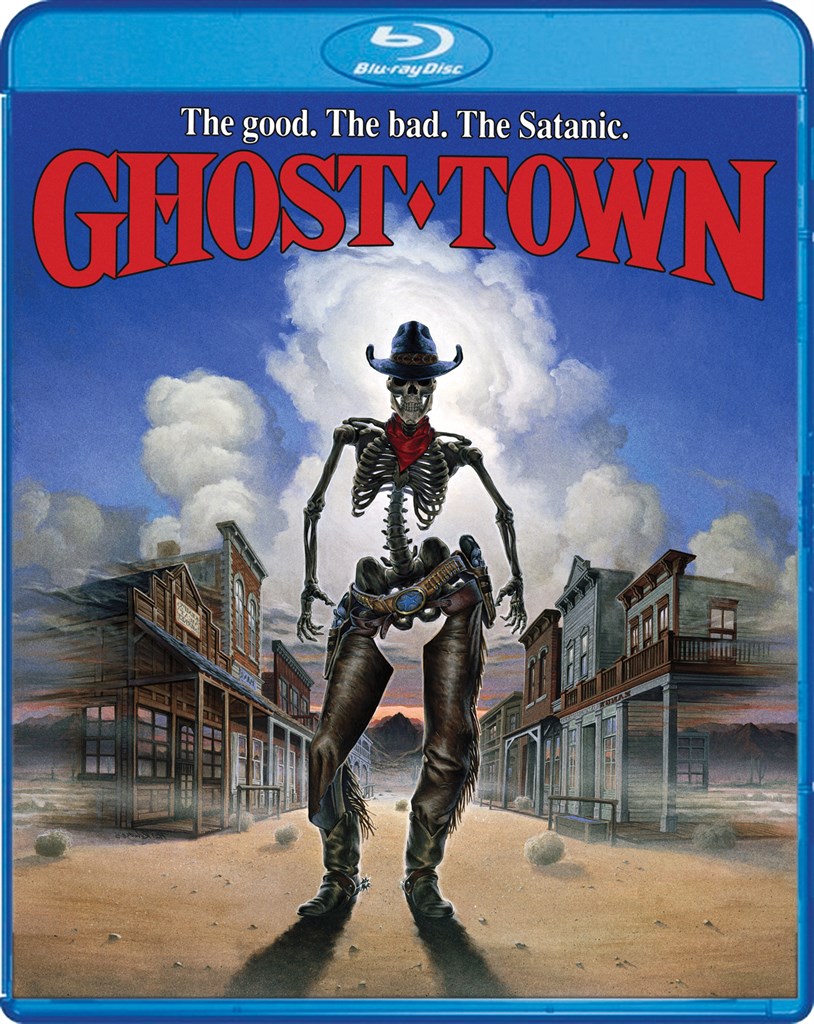 Ghost Town (Blu-ray / Movie Review)
wpDiscuz
We use cookies to ensure that we give you the best experience on our website. If you continue to use this site we will assume that you are happy with it.Ok