Nuclear meltdowns, boobies, mutated students, 80s gangs, sexy German teacher who makes out with students, boobies and finally a giant creature, born from the product of two teens copulating, while intoxicated on ‘Atomic High’ weed. It wouldn’t be a Troma film, without at least 3 or 4 of those previously mentioned tropes and Class of Nuke ‘Em High has every single one. It’s a cheaply made, low budget and poorly acted film and if I was a kid, it would’ve been the best damn thing ever. Unfortunately, I’m older now and instead, I nearly fell asleep. God, growing up sucks…

Short nitty-gritty plot description from IMDb is as follows: The pupils at a high school next to a nuclear power plant start acting and looking strange after buying contaminated drugs from a plant worker. 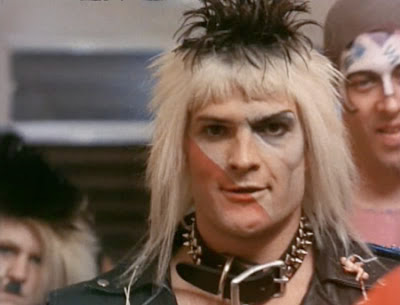 Let me see if I can explain what the hell is going on with this movie. The Tromaville High School, located near a Nuclear facility, starts experiencing crazy shit after the water becomes contaminated, due to nuclear waste runoff. One kid melts in front of the students, due to drinking the water. The honor role kids, for some strange reason, go from being geek and meek, to crazy and homicidal (sorry, couldn’t think of a rhyme) and form a gang of heavy makeup wearing cretins, named The Cretins. The gang buys some radiated weed, grown by a worker at the Nuclear facility and sell it at the school for $20 a pop; they call it ‘Atomic High’ weed. A few students get their hands on said weed and before you know it, we get one high, radiated woman, who is hot, horny and suddenly pregnant and her boyfriend, who turns into a hulk creature, with a 10 foot boner. The pregnant teen pukes up her new baby and it gets flushed down the toilet. It ends up landing in some contaminated water in the basement and slowly grows. As for boner dude, he goes after The Cretins, attacks a few of them and pisses them off. So, The Cretins attack the school for no real apparent reason and chaos ensues when the giant creature baby gets loose. 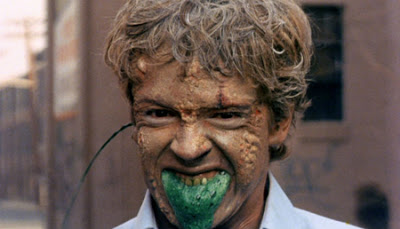 Okay, honestly, I have no idea what the hell happens in this movie. It’s all over the place and the acting is just so godawful, I had a hard time tuning my brain in to pay attention. If I was forced to list something in this movie that I enjoyed, it would be the gore, which was pretty awesome based on what little budget they had. Heads are getting crushed, eyes are being popped out and faces are melting. It’s a gory good time for gore hounds (I should warn you, all of the creature baby gore stuff happens in the last 20 minutes of the movie, everything before that isn’t as cool), but what about the other kind of hounds though? Well, there is some nudity, a boob here and there, but overall, I’m crushed at the disappointing amount, as I demand my 80s cheese movies to have lots of nudity. The movie came out in 1986, a peak time for sneaking a peek, so there definitely should be more. How can a man stay awake during a movie, if there isn’t at least one boob on screen every 5 seconds. Wasn’t there a rule written somewhere, stating an 80s movie had to meet a quota of 3 boobs to every 10 seconds of non boob screen time, or did I just make that up?

So, Class of Nuke ‘Em High, I’m not sure if I should present it with a passing grade. It’s overly awful, but I can see why some would love it’s classic charm and if you happened to be a kid when you first seen the movie, you would’ve been in heaven. I’m not a kid anymore (although, my wife would think otherwise), so my enjoyment was limited to a few gory scenes and a small set of boobs. The story is atrocious, the acting is hurtful to one’s health and the pacing is equivalent to walking up hill backwards, on your knees, while covered in molasses. Sadly, Class of Nuke ‘Em High is a fail for me. 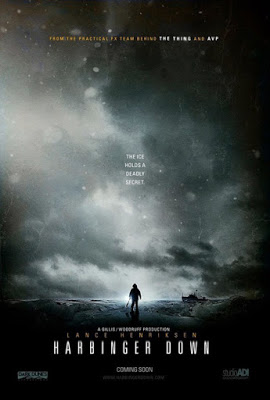