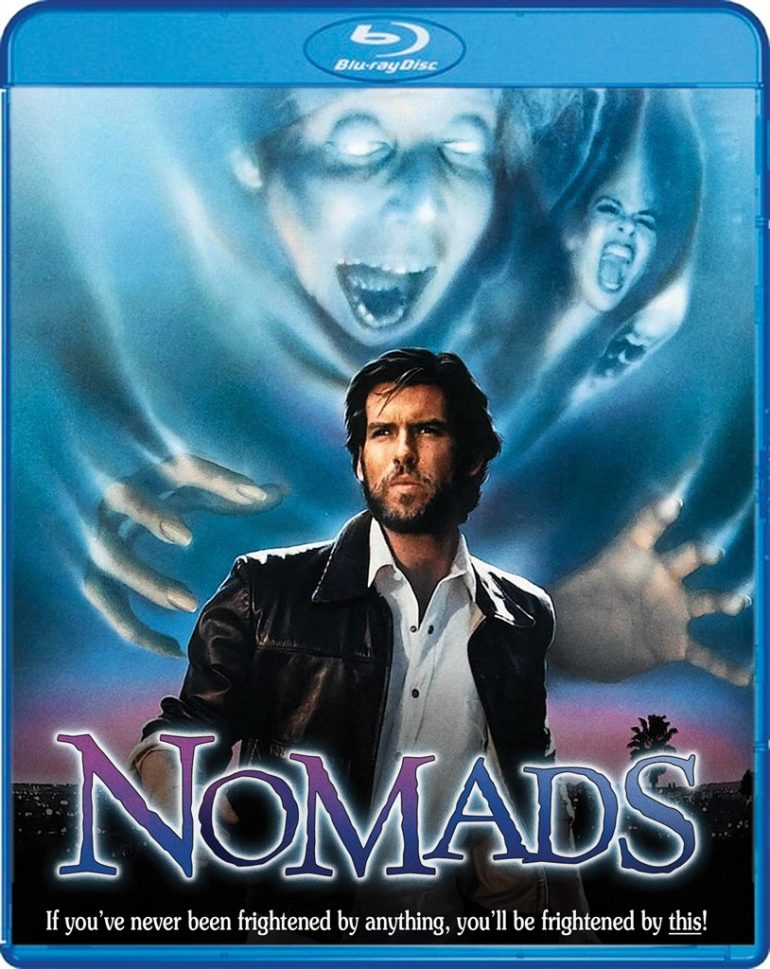 Confused. That’s the best word I can describe my experience watching the newly released Scream Factory Blu-ray of 1986 movie Nomads. Confused, but oddly satisfied with my movie watching experience. Starring Pierce Brosnan, with an odd french accent, and Lesley-Anne Down, who looks smoking hot in the included 2015 interview, Nomads is a movie about a bunch of leather clad youths, who love to terrorize people and cause all sorts of havoc. However, these aren’t just your typical douche bag youths, they are some sort of demonic spirits, and Mr. Bond himself gets wrapped up in the mystery and puts his life on the line. Yeah, that kind of explains the movie, but not really. Let’s see if I can do better after the jump… 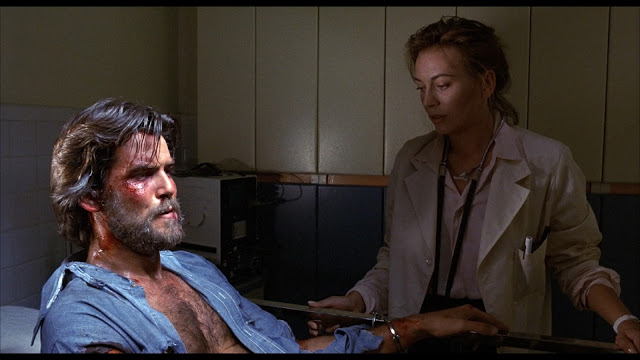 There are angels who patrol Los Angeles. And then there are the Nomads.

They creep. They kill… and no one knows who they are or where they came from. But when these rootless, demonic spirits descend on a determined doctor, all hell breaks loose. Bitten by a dying madman named Jean Pommier (Brosnan), Dr. Eileen Flax (Down) becomes the vessel for his turbulent and insane thoughts. Thrust into his last days, she is shocked to discover the existence of mysterious and murderous demons on a quest for destruction… and begins her own quest to somehow stop them before she joins Pommier in his horrifying fate!

I can tell you right away that the number one complaint for this movie will be the fact that it hardly makes any sense when you sit down to watch it for the first time. It’s a truly bizarre film, that doesn’t explain anything to the audience, and instead, just has you going along for the ride, a very, very weird ride.

The movie starts off with Dr. Eileen Flax, played by the eternally sexy Lesley-Anne Down, who treats a crazy, french ranting guy, Jean Pommier, played by the rugged Pierce Brosnan. He’s covered in blood and yelling in french, and Dr. Flax gets a little too close to the patient, and somehow, through a bite, his memories of the last week are transferred to her and she goes through the experiences that led to him being brought to the hospital. We find out that Pommier has recently moved to LA with his wife, to teach anthropology at UCLA. He isn’t at his new house long, when it becomes vandalized by a gang of leather-clad perps. He decides to follow them one night and photograph them. After spending 36 hours following the delinquents, where they wander around causing havoc and not sleeping, he develops the photos he took of them and is frightened to see they don’t appear on film. He suddenly realizes they are in fact actually a group of demon spirits known as the Einwetok, demonic Inuit trickster spirits that take human form, commit acts of violence and mischief, and who are attracted to places of violence and death (thanks Wikipedia for that bit of info.) From there, things get even crazier. 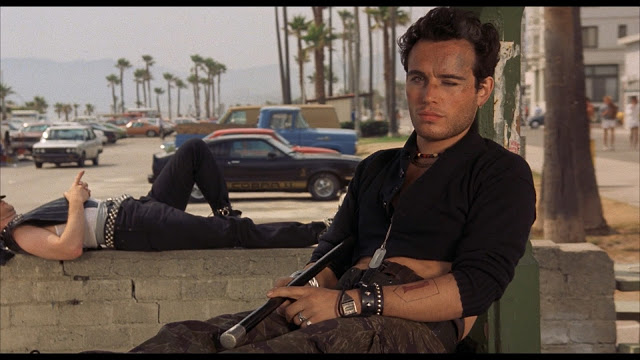 Nomads is one flipping weird movie, but I actually really enjoyed it. The story is all over the place, but damn, there is just something about it. Could it be the performances from Brosnan and Down? Pierce is brilliant in it, even with the wonky french accent, but Down is a little on the flaky side, but even she admits to not being the best actress.

It very well could be the epic music in the movie by Bill Conti and Ted Nugent. It’s a guitar filled soundtrack, that makes the wacky scenes even better. Hell, maybe I just love this movie cause it’s directed by Die Hard and Predator director,  John McTiernan. Honestly, I just honestly can’t explain why I enjoyed this movie so much, but I guess it’s just another mystery that can’t be explained with Nomads.

Scream Factory does the best they can with the transfer, and there is some slight age in the video, but there is also definitely plenty of grain as well. If you compare the movie with the trailer, you can see that it has been cleaned up quite a bit, and I don’t have any problems overall with the quality. The audio is also pretty damn good as well, with plenty of bassy elements when the heartbeat audio bits come up in the movie. The dialogue can be a tad low at times, but overall, thumbs up from me.

Features are a bit light, with a 16 minute interview with the stunning Lesley-Anne Down. She basically says she wasn’t right for the movie, and that she couldn’t act the part the best. Very candid interview. The next interview runs 17 minutes, and is with composer Bill Conti, who talks about his experience working on the soundtrack with guitarist Ted Nugent. I really wish Scream Factory could’ve got Pierce Brosnan, as I would love to hear what he would have to say about the movie. Rounding out the features is a TV Spot, Still Gallery and Trailer. 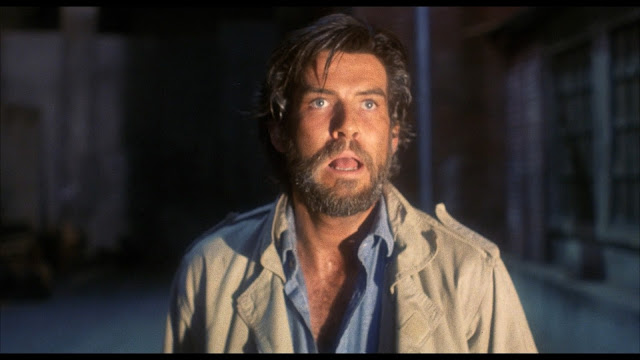 Nomads is probably going to confuse every single person that watches it, but I hope you give it a chance, as you might just end up liking it like I did. I was completely enveloped in the wacky, incoherent story and it kept me glued to the screen until the credits rolled. It’s definitely a movie I will watch again down the road. The Scream Factory Blu is a little light on the features, but what we are given is a plus, and the video and audio are looking and sounding nice. Pick it up for sure. 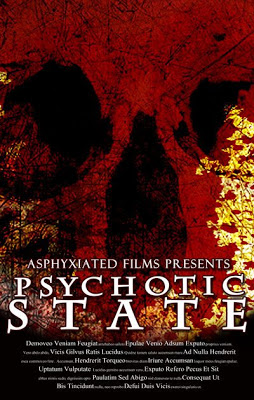 Psychotic State: The Novel Press Release
wpDiscuz
We use cookies to ensure that we give you the best experience on our website. If you continue to use this site we will assume that you are happy with it.Ok