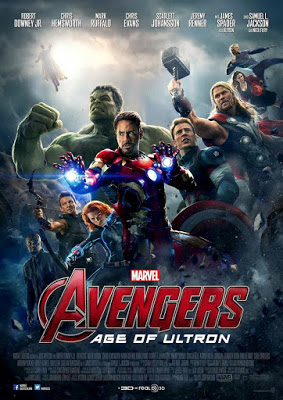 Jason Wallach is rolling in with the reviews lately and this time we have one for Avengers: Age of Ultron. Read on to check it out…

It’s not usual for me to miss a Marvel film in the theaters, especially something as potentially epic as the second Avengers film though low and behold I missed it. In between its theatrical release and its Blu-ray / DVD release I had heard a lot of griping about the film which surprised me after how good the first film was. In my personal opinion, with as many characters and intersecting storylines from other Marvel films like Iron Man 3, Thor and Captain America, The Avengers was so much better than it had any right being! Joss Whedon and company really stepped up to the plate! So I finally decided to approach the sequel after Iron Man 3, Captain America: The Winter Soldier and Thor: The Dark World and even Guardians of the Galaxy… here’s my verdict…

It took two viewings to really grind it all in but I absolutely loved Age of Ultron!! And before I praise the film I’d like to offer up the synopsis.

The storyline is most certainly interwoven with the Iron Man, Thor and Captain America series and Guardians of the Galaxy, especially in the wake of The Avengers and Captain America: The Winter Soldier. Age of Ultron begins in Sokovia in Eastern Europe as the Avengers close in on a Hydra stronghold in their attempt to retrieve Loki’s scepter. Once the team has infiltrated the fortress we are silently introduced to “the twins” from the after credits scene from The Winter Soldier. I’m speaking of Wanda and Pietro Maximoff (Quicksilver & Scarlet Witch in the funny books) who as children lost their parents when mortar shells destroyed their home. As we later come to find out the two were trapped in the rubble for two days and there was a single word painted on the shell that didn’t go off – STARK. 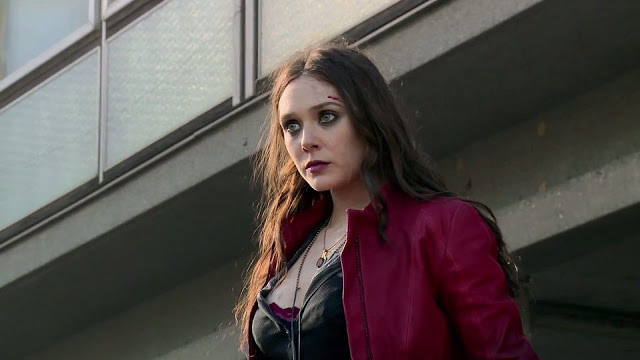 So after having retrieved the scepter Tony Stark discovers that the gem it holds contains something within it, an artificial intelligence lying dormant. So in his ever persistent quest to protect the world Tony awakens this intelligence to apply it to his Iron Armada, the peacekeeping Ironman-like robots used to protect civilians during times of war, which he refers to as Ultron. Stark does this without discussing it with the team besides Dr. Banner. However, when said intelligence wakes up it taps into Jarvis thus accessing all of the Avengers personal data. Needless to say that it becomes distressed and Jarvis determines that the new presence is developing hostile intentions. Ultron then begins taking shape in one of Tony’s Armada drones which is only partially constructed. Now it is in one of the coolest and most foreboding entrances ever committed to film by a character that we see Ultron who appears on a stage, the audience of which are the Avengers celebrating their victory over Hydra.

So now the race to save humanity begins as the Ultron consciousness assembles Stark’s Iron Armada with his omnipotence in an attempt to “save the world” and destroy the Avengers in the process. And while this plan is in effect, the Maximoff Twins aim to tear the Avengers apart from the inside, widening already existing tension fissures within the group. And that is the crux of the film, the rest you really need to see and experience. There are some twists and hints at things and if you’re a comic book fan you are certain to pick them up. Relationships are forged and strained and yet The Avengers must answer the real question posed by the philosophy of Ultron – are The Avengers dangerous and a threat to humanity? No doubt this is leading into Captain America: Civil War where the hero world will be divided by principles and fight, possibly to the death, to maintain them. I deduce this from a line spoken to Tony Stark by Wanda Maximoff concerning Ultron (and I’m paraphrasing here),

“Ultron is so concerned with saving the world he cannot tell the difference between saving and destroying it! I wonder where he gets that!” The film is brilliant!!

Age of Ultron is packed with lots of intense action, incidental humor and pathos! James Spader is brilliant voicing the droll and malevolent Ultron, they couldn’t have cast it better! All the hero regulars are back (and wonderful as always) and can I just say that Mark Ruffalo OWNS as Bruce Banner / The Hulk? I was never a Hulk fan but Ruffalo gives the characters such humanity and depth as does Joss Whedon who simply knows how to write damn good characters!! The special effects in this film are outstanding as is the script and the cast!! Aaron Taylor-Johnson and Elizabeth Olsen are wonderful as Pietro and Wanda Maximoff, the two were actors were recently seen in the 2014 Godzilla together, there is definitely chemistry there between the two!

The first times I watched the film I thought it was slow and I missed some things being late at night and running about cleaning and such. The second viewing made me realize that it’s not slow rather a slow burn which partially explodes during this film, the aftershocks of which will be felt in films to come, and I’ll bet dollars to donuts that the aftershocks are what we really need to brace ourselves for.

I went into this film dropping any expectations I might have had and I was most pleasantly overwhelmed with the depth, substance and severity of the film. It’s entertaining on many levels and I highly recommend it… in fact, I can’t wait to watch it again! 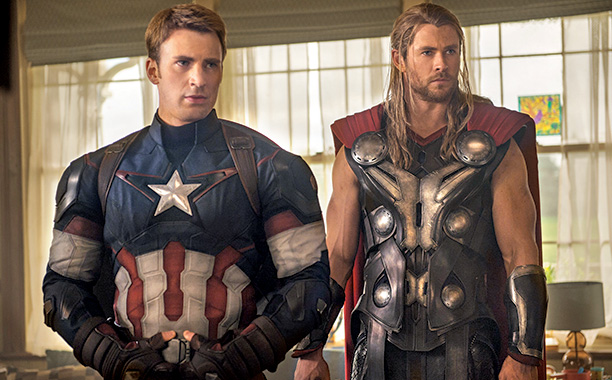